Epidemiological studies have shown that exposure to particulate matter (PM), a component of air pollution, can be detrimental to human health and has been linked to impaired lung function and heart/lung diseases, including lung cancer. In addition, exposure to PM has been positively correlated with an increase in morbidity and mortality. Within all size fractions of PM, ultra-fine particles have been observed to have the greatest detrimental effects including increased toxicity when compared to larger particles. Therefore, there is a great amount of interest in determining the bio-distribution of ultra-fine PM after delivery to the lung in order to correlate sites of particle accumulation with abnormal conditions known to be associated with PM exposure. We used positron emission tomography (PET) as a novel technique to determine the deposition and fate of ultra-fine particles. This highly sensitive technique provides both deposition and distribution information. Models of PM were implemented for these studies and tagged with 64-copper (t1/2= 12.7hrs) for detection with PET. Past work includes co-delivering labeled polystyrene nanoparicles with fine PM to observe differences in retention and distribution. Changes in lung physiology have been observed with exposure to PM including increased lung permeability, oxidative stress and inflammation.

Activated microglia, macrophage-lineage cells located in the centralnervous system (CNS), are known to play an important role in the neuroinflammatory response associated with Alzheimer’s disease (AD). They are activated in the presence of senile plaques, current pathological hallmarks of AD, and this activation appears to be mediated by macrophage scavenger receptors. Microglia are attractive as therapeutic agents for AD since regions with high microglia content tend to be correlated with greater neurotoxicity. We target multimodal imaging probes to a type of scavenger receptor (SR-A) that is highly expressed by microglia in AD but not in normal microglia, allowing in vivo visualization of activated microglia associated with plaques.

In using multi-functional imaging probes detectable through Magnetic Resonance Imaging (MRI), Positron Emission Tomography (PET), and optical microscopy, and we employ a multimodal imaging approach to visualize activated microglia using SR-A targeted probes, and explore activated microglia as a biomarker for AD and as a possible target for the design of therapeutic agents. Since these imaging probes cannot readily cross the blood brain barrier (BBB), we have investigated the use of nanoparticulate vehicles called solid lipid nanoparticles (SLNs) to encapsulate our probe and facilitate its delivery to the brain.

The interest in development of multimodality imaging hardware and probes has grown rapidly. This rising interest is attributable to the awareness of the limits of single modality imaging in terms of spatial resolution, sensitivity, anatomical/functional information and depth or interrogation.We have developed multimodality imaging probes based on nanoparticle platform. Nanoparticles are a versatile vehicle upon which to construct multimodality imaging agents. The nanoparticle itself can be a detectable imaging agent orvarious imaging portions can be conjugated to the surface or incorporated into the nanoparticle. We have developed radiolabeled nanoparticles for multimodal probes, which were generated by attaching radioisotopes covalently to the surface of the nanoparticles. These probes could be also be synthesized by an alternative approach(core/shell) that insert PET radioisotopes into the shell around an MRI visible core or alternatively incorporate paramagnetic ions into the shell around a radioactive core.

Silica as a basis or component of imaging agents is highly promising for biological applications due to its biocompatibility and facile introduction of functional groups to the hydroxyl groups of silica. However, there has been limited in use of silica shell for multimodality imaging agents in part due the need for multi-step syntheses, this is a concern for radioisotopes having short half-life. By conventional methods, it can take from hours to days for silica coating. We developed microwave synthesis in order to accelerate the preparation process of multimodality imaging probes. 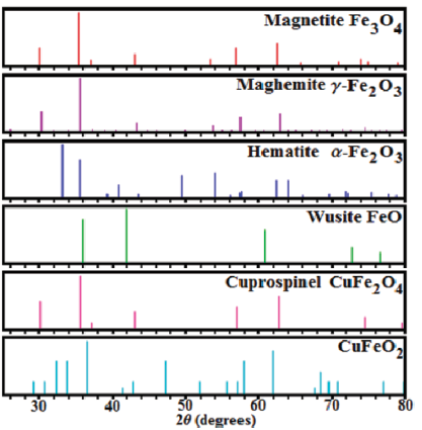 Quantum dots (QDs) have experienced intense interest for in vivo small-animal imaging in the last decade due to their desirable properties of high quantum yield, resistance to photo-bleaching, narrow emission peak, and tunable emission wavelength. Due to concern about the potential toxicity for typical cadmium QDs, silicon (Si) QDs are expected to be an ideal candidate in many biological applications because of their proven biocompatibility. However, to date most Si QDs reported are of single functionality used solely for fluorescence imaging. In collaboration with Dr.Susan Kauzlarich in the Department of Chemistry, we have doped paramagnetic manganese into Si QDs and demonstrated that Si QDs containing paramagnetic ions can be detected by both MR and near infrared excited, two-photon imaging. The combination is attractive because of their complementary capabilities for high resolution imaging and spectroscopic sensitivity: MRI offers the ability to follow the distribution of molecules in vivo,while optical techniques can be applied to obtain detailed information on the cellular and subcellular levels. The active targeting of nanoparticles can be achieved via direct conjugation of a ligand against a known target on the cell surface to the particle surface. We have coated SiMn QDs with dextran sulfate to target them to scavenger receptors on macrophages, a biomarker of vulnerable plaques. Cell studies show that the probes specifically accumulate in macrophages by a receptor-mediated process, are nontoxic to mammalian cells, and produce distinct contrast in both T1-weighted magnetic resonance and single-or two-photon excitation fluorescence images. The QDs can also be modified with specific ligands to label other biomarkers in atherosclerotic plaques or cell surface markers expressed on tumors.